rybody! It’s DJ Diva The Mixtress of R&B, but I really love all genres of music. You knew that right?

This week’s mix was inspired by a post I saw a month ago on Soulbounce.com. Shout out to Butta, Nova and Ill Mami my girl from Harlem!

Also in this mix, my Soul Podcasting crew (That’s right yall I gave us a name…we’s a crew now!) They stopped by to show me some love. I couldn’t include everybody this time but you can be sure their shoutouts will be in every mix from now on! I loves me some love! This week we had the Sensei, EJ Flavors of ejflavors.com, Nikki of the Soulrific podcast at theinfiniteink.com, Mr Fresh of the Sunday Soundtrack at vibesandscribes.com and Darrenkeith from the MyLoveformusic podcast at myloveformusic.blogspot.com.

Now on to Reggae in the late 80’s and early 90’s. It was a fresh and new sound…different from the classics we heard from Bob Marley! The music was gritting with banging beats and smooth melodies. The lyrics were full of women empowerment, adoration of females and aggresion…just what we needed LOL. This mixtape brings back my teen memories of grinding it out at the Columbia University parties in 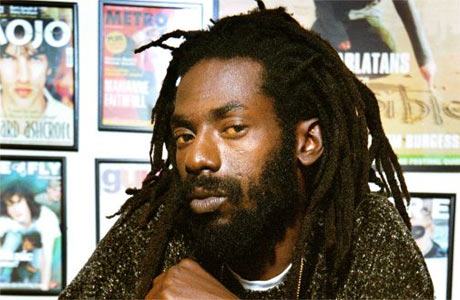 I’m still working on the mixtress site. Learning css has been a trip and it would be great if you guys could drop a line in the comments of what you would like to see before I launch and go live. My traffic has exploded to over 1000 hits a day and I need a DJ Diva 2.0 site to handle all that love!

When you get a chance, run over to Ill Doctrine’s site. Jay Smooth made a Soulja Boy parady hip hop dis song for the Democratic debate. The video was hilarious! The full version posted after the break

I hope you love this Dancehall Classics Monday Mixtape by DJ Diva, The Mixtress of R&B.